Carol Hoenig is a fulltime freelance writer and publishing consultant. Her novel, WITHOUT GRACE, (Star iUniverse) was awarded the Silver Medal for Book of the Year 2005 by ForeWord Magazine and given First Place for Fiction by the DIY Book Festival.  Jada Press and the New York Book Festival also gave her novel honorable mention. Her book THE AUTHOR’S GUIDE TO PLANNING BOOK EVENTS (Star iUniverse) was given the Gold medal by ForeWord Magazine for Book of the Year in the category of writing and named finalist by USA Book and Reader Views. Carol’s essays, articles, book reviews and short stories appear in a wide number of publications. Carol likes to stir things up by blogging for The Huffington Post covering politics, culture, the publishing industry and the writing life. Carol also contributed to PUTTING YOUR PASSION INTO PRINT (Workman) written by Arielle Eckstudt & David Henry Sterry. Arianna Huffington invited Carol to contribute to ON BECOMING FEARLESS, (Little, Brown) released in the fall of 2006. Tory Johnson, ABC’s Good Morning America’s workplace contributor, also invited Carol to submit an essay for her New York Times Bestseller, WILL WORK FROM HOME (Penguin). Stephanie Gunning invited Carol to submit an essay on creativity for her anthology AUDACIOUS CREATIVITY. Carol’s short story, Snow Angels and Somersaults, was a finalist for the 2007 Spring/Summer Glass Woman Prize, a bi-annual prize for women prose writers. Her essay, “Wild Horses and Young Stallions” was selected for the forthcoming anthology LOST LESSONS FROM LIFE ON A FARM (Action Publishing).

Carol is on the advisory council for Author Solutions and was on The New York Center for Independent Publishing advisory council and writer’s conference committee for five years before it disbanded. She was the Director and Writer-in-Residence for Old Forge Library Adirondack Summer Writing Workshop for 2008. She is the project manager for the General Society of Mechanics & Tradesmen Labor, Landmarks and Literature series in Manhattan, and is a member of the Women’s Media Group. She is Senior Editor for Digital Americana, the first literary magazine for the Apple iPad and teaches continuing education courses at Hofstra University. She also offers publicity and marketing services to the “She Writes” community. You can follow her on Twitter @authorsguide and “like” her on Facebook. This just in: Carol was nominated Best of Long Island Author 2012 by the Long Island Press! 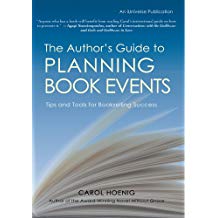 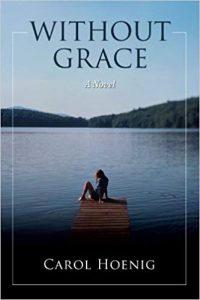